It took seven months to build the 17th hole at TPC Danzante Bay, from April to October 2015, resulting in a spectacular par 3 perched on the edge of the coastal cliffs, 250 feet above the Sea of Cortez.

Its jaw-dropping beauty has drawn comparisons to the 16th at Cypress Point Club in California, as well as the 16th at Cabot Cliffs on Cape Breton Island in Nova Scotia, and the 3rd at Mauna Kea on Hawaii’s Big Island—but the 17th at TPC Danzante Bay almost never existed. 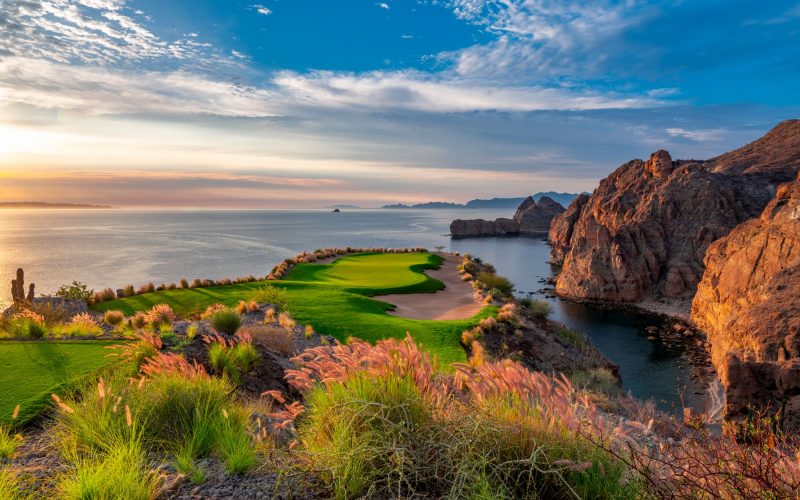 Golf course architect Rees Jones and Owen Perry, owner and president of Villa Group, which developed the course and resort, changed the initial routing to make way for this extraordinary hole, which commands the crest of a rocky peninsula and drops off on three sides to the sea far below. 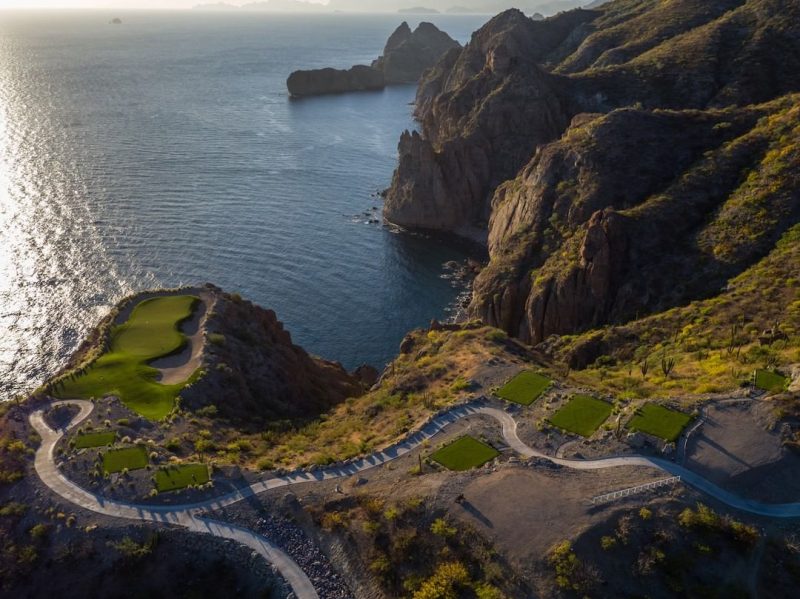 During construction, Jones’ design team and Perry were touring the grounds when they reached the top of the hill past what was to be the 16th green. Looking out at the promontory, they began discussing whether they could actually put a hole out there. It would be a dream come true … or just another wild idea to be forgotten. The head shaper for the project was with the pair, so they asked him if he could get a bulldozer out to the point on the edge of the cliffs. “Sure,” he said. “Why not?”And with that, a star was born. 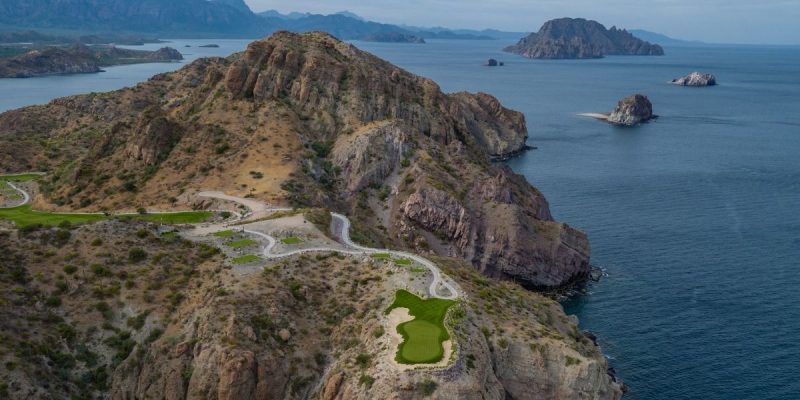 “The client devoting the land for the 17th to golf gave me the chance to build a spectacular peninsula par 3 that people will travel from afar to play,” says Jones, who adjusted the routing of the 15th and 16th holes.

Indeed, to some degree the 17th hole – with a view that ranks among the best in the game – is why TPC Danzante Bay is a bucket-list golf destination for golf course trophy hunters. 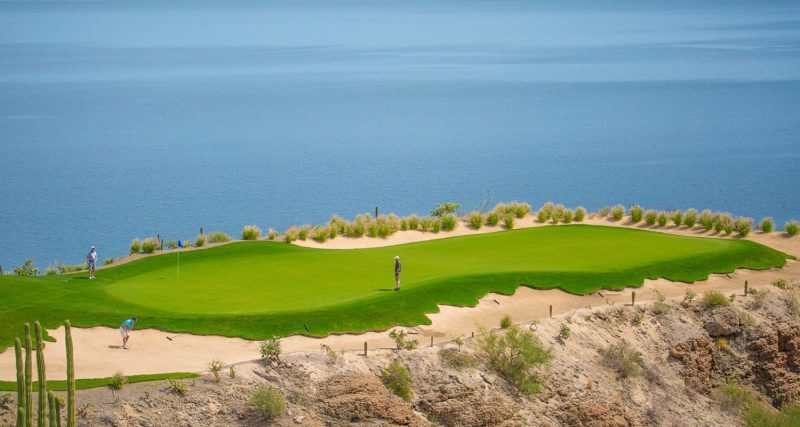 Like all memorable courses, TPC Danzante Bay showcases a diverse array of golf holes that build in drama and interest as the round progresses. But it is the 17th that defines the experience. It has been called mesmerizing. There is an unmistakable excitement standing over the shot that will not be forgotten. Ever.

Depending on the time of year and time of day, the Sea of Cortez provides either a shimmering turquoise or deep, foreboding blue backdrop to the 17th. Playing to a demanding 178 yards from the back tees, to a comfortable 99 yards from the forward tees, the hole plays downhill and into the crosswinds off the water.

The 6,200-square foot green is ringed by sand and is angled left to right, creating two distinct sections – the back right section playing one to two clubs more than the front left. The quality of the hole matches its looks. In the words of Jones’ famous father, “it’s a difficult par, but easy bogey.”

But it’s not difficult to see why the 17th at TPC Danzante Bay is regarded one of the most dramatic, photogenic and unforgettable holes in 21st century golf architecture.

Because of a crazy idea that became a reality.