The sun is climbing higher and the days are getting warmer in Loreto. The summer solstice (June 21), the longest day of the year, is just around the corner. For those who spend ample amounts of time outdoors, extended exposure to El Sol can pose serious health risks to the skin and eyes.

Golfers, notoriously lax in the past about self-protection, have begun to change their ways based on the evidence. Understanding the risks and taking simple precautions, especially when sunrays are strong during the summer months, can enable players to enjoy the sport safely.

The Science Behind Sun Safety

According to a 2020 study by the Skin Cancer Foundation, recreational golfers are at a high risk of developing skin cancer every hour while on the course. Golfers likely receive 3.5 to 5.4 times the amount of UV radiation exposure needed to cause a sunburn. Moreover, bunkers are hazards in more ways than one. Sand can reflect ultraviolet (UV) rays emitted by the sun, so that the skin absorbs the radiation twice. To clarify the point, portions of TPC Danzante Bay, carved from sand dunes, function as one big bunker.

There’s more. The Skin Cancer Foundation has estimated that avid golfers and professionals receive 217 times the amount of UV radiation needed to cause a sunburn over the course of a year. According to the Foundation, the more someone burns, the greater the risk of skin cancer. Suffering five or more sunburns, especially at an early age, doubles your risk of developing melanoma, a potentially deadly cancer.

Today, more than one in five Americans will be diagnosed with some form of skin cancer by the age of 70. Skin cancer, the most common cancer in the U.S. and worldwide, is a global epidemic. It currently affects nearly four million Americans, according to the American Cancer Society (ACS). 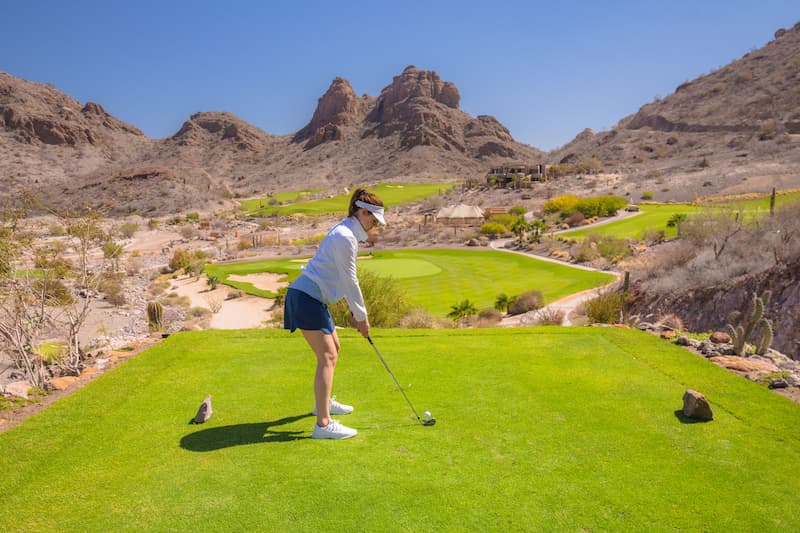 What to do? In the mid-2000s, the United States Golf Association (USGA) launched a sun protection campaign for golfers. Their efforts were later supported by the Professional Golfers’ Association (PGA) and the Royal & Ancient (R&A).

Before heading out to play, follow the “Slip, Slop, Slap and Wrap” rule. In other words, slip on a shirt, slop on sunscreen, slap on a hat and wrap on a pair of sunglasses. A cap with a brim—baseball-style caps are good, but wide-brim hats are better—is recommended, as is wearing sun protective clothing to reduce sun exposure. 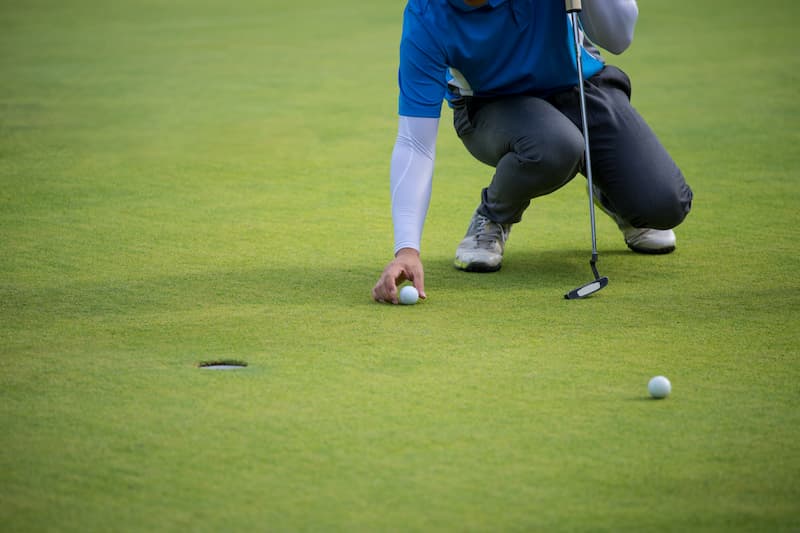 Players should seek shade when possible and apply SPF 30-plus broad-spectrum sunscreen every two hours. In addition to lotions, golfers can use sunscreen sprays and stick applicators to keep their hands grease-free. It’s best to apply sunscreen 20 minutes before you tee off. In addition to the face, arms and legs, golfers should apply sunscreen liberally to the ears, the back of the neck and especially the nose, which gets the most sun per square inch of any body part. 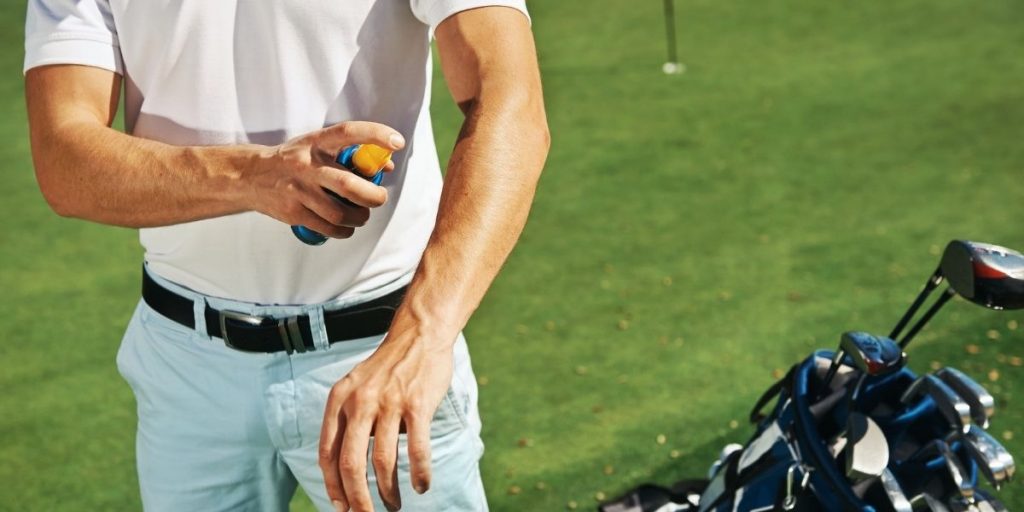 Polarized sunglasses with 100% UV protection are the best way to shield the eyes from harmful rays, especially in the bright sunny environment at TPC Danzante Bay. Serious players should experiment with different lens colors, as the ability to read greens can be influenced by certain colors. In general, neutral gray and bronze / amber lenses tend not to distort golf course colors. (Tinted lenses can affect clarity, which golfers need most when lining up a putt). 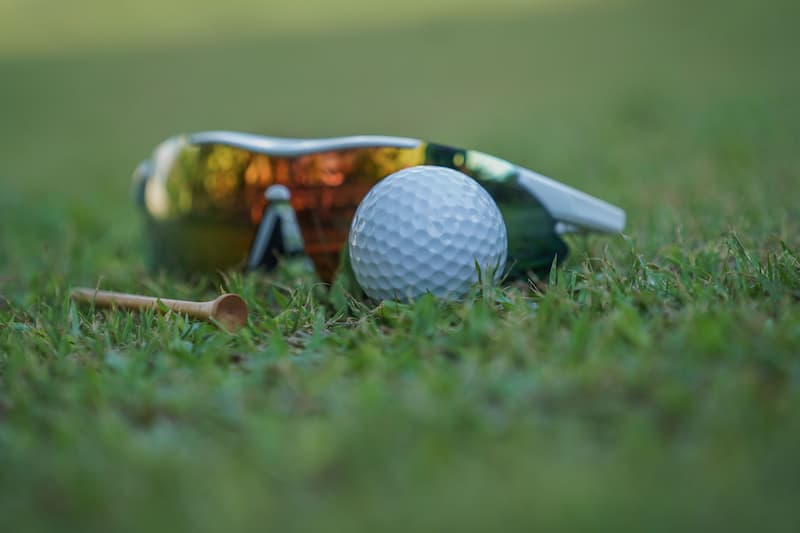 Scheduling early or late tee times to avoid the sun’s most intense rays is a sensible idea, especially at the height of summer. It should be noted that 80% percent of the sun’s UV radiation can penetrate clouds, so the same rules apply on Loreto’s rare cloudy days. 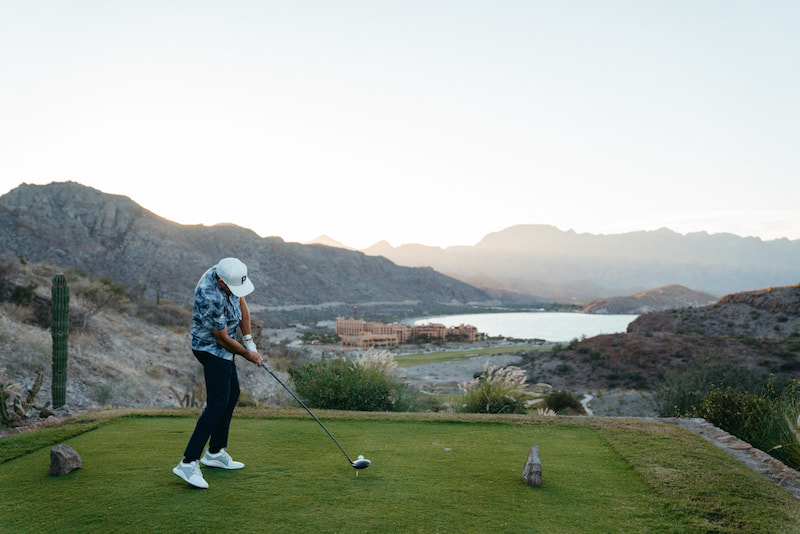 By observing these basic sun-safety precautions, golfers will have it made in the shade.