Routed in canyons, foothills and rolling dunes, the golf course at TPC Danzante Bay is topsy-turvy in places. Eventually, players are going to have to hit the ball off a slope, from an uphill, downhill or sidehill lie. Any one of these situations will frustrate a player who doesn’t understand a hilly lie’s effect on stance, posture and ball flight.

The key to hitting the ball from a lie that’s not level is adjusting your address position. You want to make contact at the bottom of the swing arc.

To play a shot from an uphill or downhill lie, set the line of your hips and shoulders parallel to the slope. Adjust your balance so that most of your weight is on the lower foot. For a right-handed player, that’s the right foot for an uphill lie, the left foot for a downhill lie. To prevent a fat or topped shot, swing the club along the line of the slope. Setting the hips and shoulders parallel to the slope of the hill at address simplifies this process.

The steeper the slope, the greater the tendency to lose your balance. Take a few practice swings to get a feel for the grade of the slope. You may find that making a three-quarter swing of the arms, keeping the lower body quiet, will increase your chances of solid contact.

Ball position is critical. Play the ball forward in your stance for an uphill lie. Play the ball towards the back of the stance for a downhill lie. These positions enable you to contact the ball at the bottom of the downswing.
The set-up for an uphill lie adds loft to the clubface, resulting in a higher shot with less carry. For example, where normally you would choose an 8-iron, you should hit a 7-iron from an uphill lie, depending on the severity of the hill. The opposite holds true for a downhill lie. Swinging down along the slope delofts the clubface, promoting a lower shot. Where normally you would hit an 8-iron, select a 9-iron from a downhill lie. 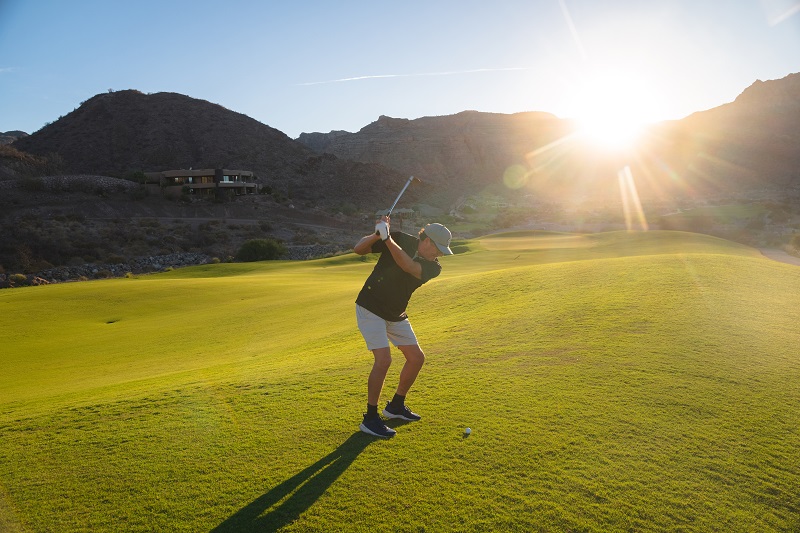 From a sidehill lie, you must alter the swing plane by changing your posture. The lie helps you do this.

A ball below your feet forces you to stand closer to it. Flex your knees and bend from the waist. These adjustments will create a more upright swing plane. With the ball below your feet, play the ball slightly forward in your stance. Aim the shot to the left of the target. A straight takeaway with the arms coupled with a more upright swing plane will cause the ball to fade from left to right.

A sidehill lie with the ball above your feet calls for an upright posture, more body turn, and a flatter arm and shoulder plane. Stand erect and play the ball more in the center of your stance. Take one more club than normal and choke down an inch or two on the grip. Aim to the right of the target and swing with the contour of the hill, on a flatter plane than normal. The ball will draw from right to left.

Coping with the hilly lies at TPC Danzante Bay by making a few simple adjustments will help you play your level best! 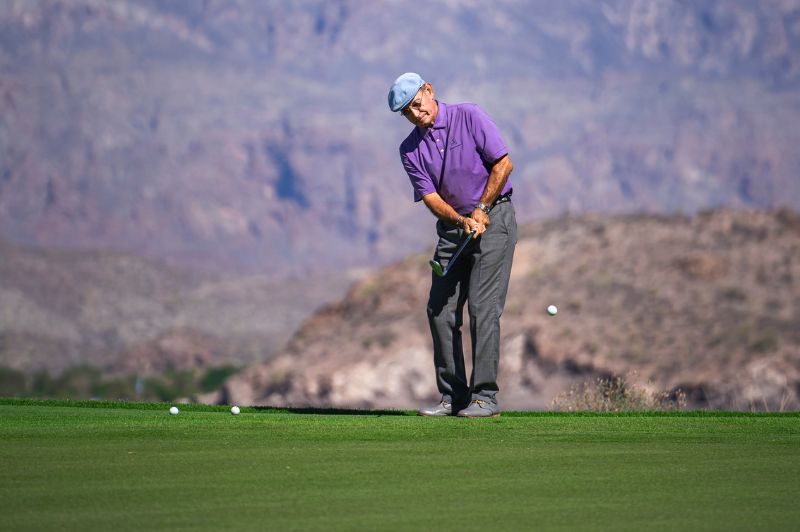